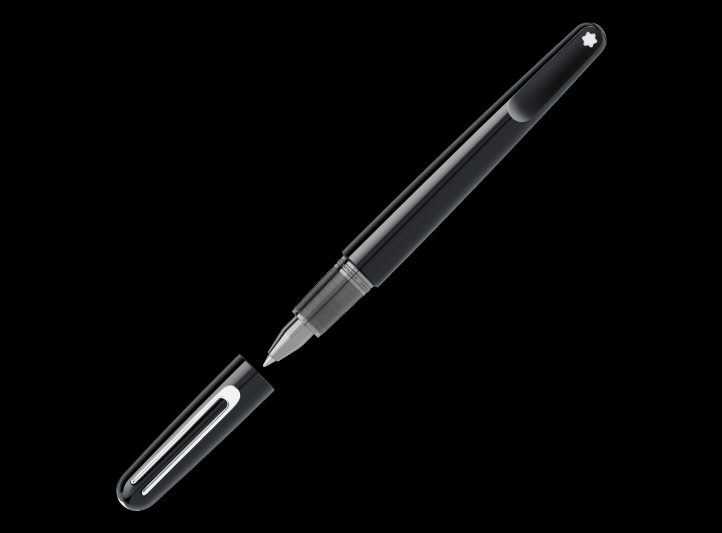 Montblanc brings something completely different to the fountain pen market with the M, a product of Marc Newson. In contrast to the popular Meisterstück 146, which has a conservative look, the M seems to come from the future, which is exactly what Montblanc is aiming for…
The M is Montblanc’s creation in a modern, youthful fountain pen. It is a fairly simple design, but there are some details that make it unique.

The clean, rounded shape of the cigar in black “precious” resin, which is about a third of the length of the barrel, highlights the flat side of the barrel. The usual white star logo is well represented on the top and flat sides of the cap. The flat sides are – how should I place it? -a unique design choice. I don’t fully grasp the merits of it. Maybe Montblanc wanted to come up with something different? In that case, they definitely succeeded, and I’m not a huge fan.
Another rather unique detail that I do appreciate luxury fake Montblanc M Rollerball can be found inside the cap. The closing mechanism is magnetic, but unlike other magnetic caps, the M’s cap is always perfectly aligned with the flat side of the barrel. Not only is this a lucky coincidence, it’s actually designed to align itself (you’ll note that it doesn’t stay closed unless aligned). While it’s another rather useless feature, my OCD definitely appreciates the proper alignment of the cap to the barrel!

Even though the M looks small in the hand for some reason, it’s a solid mid-range pen. Its closing height is less than 14 cm, just a fraction shorter than the similarly priced Pelikan M800 or Montblanc 146. Open, it’s about 12.5 cm, which is about average. The cap doesn’t stick at all, so if you want a larger pen, you’ll be disappointed. Despite the predominantly resin construction, some weight has been added from the metal part. This also means that it is significantly heavier ahead, but by no means very heavy.